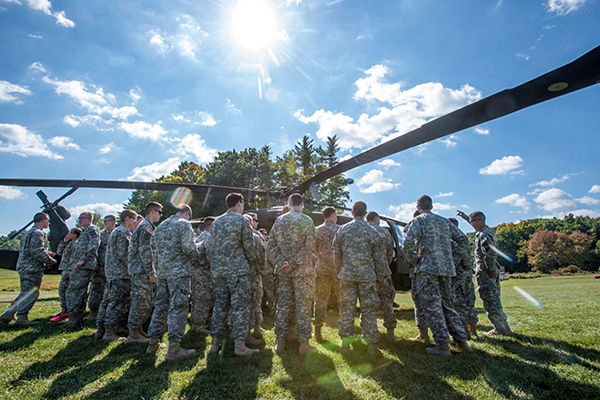 The University of New Hampshire (UNH) ROTC Program has been developing leaders for our nation and community since 1894.  The training and education that the Cadets receive provides a strong foundation for their career choices and a life of leadership.

Stephen Cmar entered the ROTC Program at UNH in the Spring Semester of 2009.  His enthusiasm and work ethic quickly caught the eye of the Cadre and they asked him to mentor incoming Cadets.  He was selected to be a part of the Cultural and Language Proficiency (CULP) Mission to Guatemala and to attend Airborne School at Fort Benning, GA.

Unfortunately, Stephen was never able to participate or achieve his goal of a career of military service.  He was tragically killed in a motorcycle accident in May of 2010.

The Stephen Cmar ROTC Scholarship Fund was established to honor Stephen’s memory and his commitment to his country and community.  The Cadre selects the deserving Cadet.  In April of 2011, we presented our first scholarship and have continued to do so every year since.

In February of 2014, we brought the Bruins Alumni to Concord, NH.  This year marks the sixth time our two teams will play our charity hockey game.  On Sunday, February 9, 2020, the Stephen Cmar ROTC Crusaders will once again take on the Boston Bruins Alumni at the Edward Everett Arena in Concord.   The festivities starting at 3:00 pm.  General admission tickets are $10 per person.  Children under 12 are admitted FREE.

Your continued participation and support have made it possible for the Cmar Scholarship Fund to provide assistance in the development of our nation’s leaders.